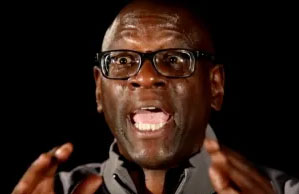 DETROIT – After 30 years, The Palace of Auburn Hills will soon be history after countless concerts, family events, and of course, Detroit Pistons basketball games.

The demolition of the legendary venue is in full swing nearly three years after the final NBA game was played there. And one person who perhaps knows it better than anyone is legendary PA announcer John Mason.

“For me, it’s where I started,” he explained. “It’s where I crafted it all, so the memories go down with the walls. But the memories will forever live on in video, audio, and in my heart. But that building was special – I’ll miss it.”

As far as receiving any special mementos from his time as the voice of The Palace, Mason chuckled and said that he got a pretty interesting piece of the building.

“I think I walked away with a specially made garbage can,” he said laughing. “They said I could have it if I wanted it!”

But aside from the countless memories made from watching some of the greatest NBA players suit up, there’s one special moment that Mason regards as standing out the most.

“The actual first game I ever worked after a couple of pre-season games, we were playing the New York Knicks,” he explained. “And I didn’t know anyone. A former Heisman Trophy winner that started at guard for the Knicks in Charlie Ward was about to board the bus after the game, but he called me back and told me that I was going to get better at what I was doing and to not let anyone change it because it’s unique.”

“So I thought to myself, ‘Wow! That’s the Florida State quarterback saying that to me!’ So for sure, that’s one special thing that I’ll always take with me.”